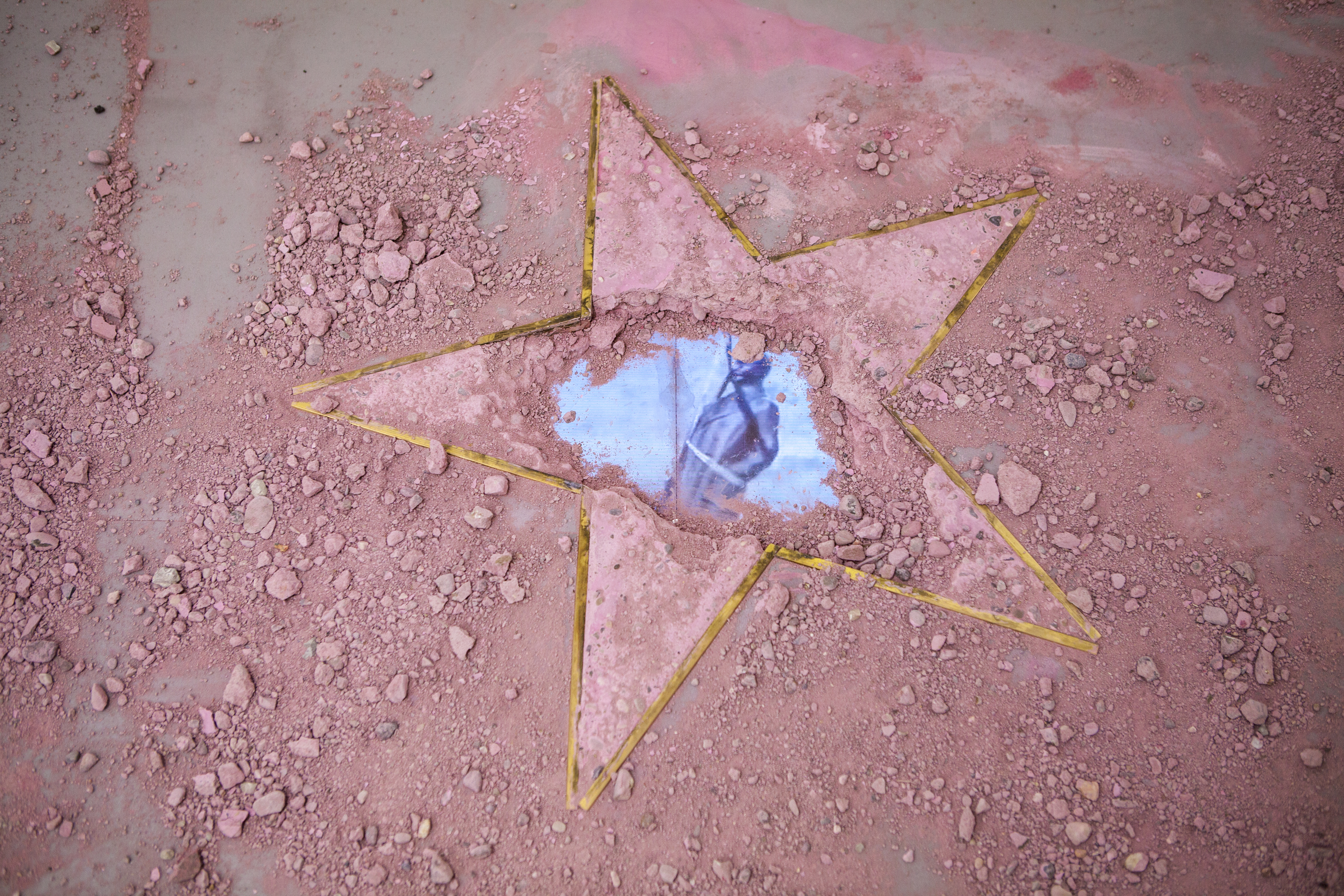 The Walk of fame stands as a symbol of the western entertainment industry – the sidewalk turned into the sky of Hollywood. Through the paradoxi- cal simultaneity of stars and streets, of above and below, the heaven of imagination is literally brought down to earth.
Each star is at the same time an award for the individual and part of a potentially endless chain, which creates only in its wholeness or entirety a sys- tem that apparently distinguishes the individual and then engulfs him or her in a sea of his or her own kind.

Here they are lying next to each other – changeable and without hierarchy. Some stars have gone out, some are overlooked and forgotten. Others have been falling, are polluted and destroyed.
The demolition of US President Donald Trump’s star symbolically attacked not just one person but a system, indeed an entire world view. But the star is getting replaced, cleaned and cared for again. This creates a cycle of attack and defense, a permanent discrepancy between action and reaction, between actionism and reactionism, which emerges only at the layer of the symbolic and thus reveals the voodoo and fetish character of postmodern idolatry.

The symbol becomes the scene of a proxy war, an ongoing struggle against windmills in the confusion of signs – a battle we all wage and lose on a daily base.
Stars are Blind is an iconography of the arbitrary. It does not focus on who is cheering or who is cheered on, but rather the cheering itself as a perma- nent process of externalization of the individual inside the masses.

Regardless of the occasion and content, mechanisms of mobilization are examined, which bring down the same people, groups or systems, which were once built by them. The stars disappear in the crowd, the crowd itself becomes a star. The blindness of the individual becomes the power of the collective.